I know that my Redeemer liveth (from Messyah) 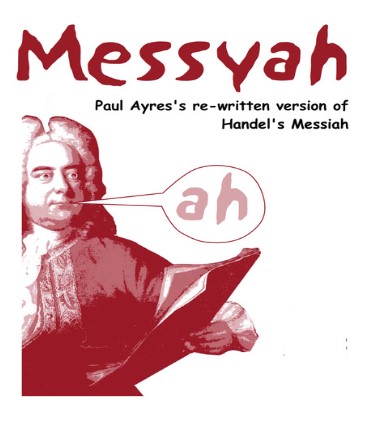 III - voice, band, strings and choir (as featured in Messyah)

IV - voice, band, brass and choir (from Messyah - re-scored for a wedding service, and conducted by John Rutter)

this movement features on the Messyah CD - click for details

...the highlight was the finale, a dazzling version of Handel's I know that my Redeemer liveth. This started conventionally enough and the words remained unchanged. But the music, with the original tune elaborated, edited and enlarged, and tempos accelerated or slowed, ended up as an exhilarating hybrid. It was an amalgam of cantata, beat, hot gospel etc that left both performers and audience breathless." [Iain Gilmour, reviewing a performance by Rosemary Forbes-Butler at the Edinburgh Fringe Festival, on www.Edinburghguide.com, August 2003]

"After a brief moment of kidology that all was roughly as normal, 'I know that my Redeemer liveth' went gospel, crooned convincingly by tenor Tom Raskin with ravishing choral support. A show-stopper." [Andrew Green, reviewing a performance of this song as part of Messyah, a re-written version of Handel's Messiah, in Early Music Today, June/July 2006]

Online recordings of I know that my Redeemer liveth (from Messyah)

excerpt from the version of this song from Messyah 2006